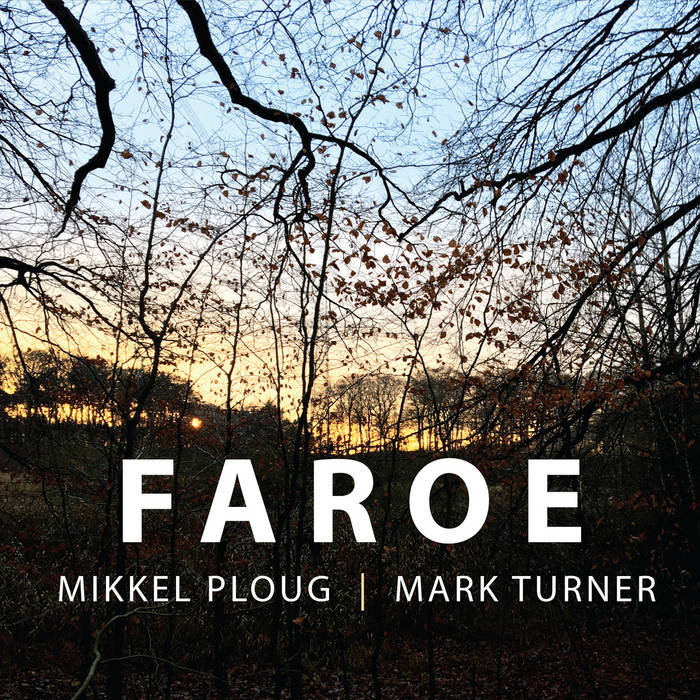 The actions of simplifying and scaling down can change the dynamics of even the longest relationships. After having toured with the great saxophonist Mark Turner for a decade, guitarist Mikkel Ploug has decided to record a duo album in order to present a new representation of their musical interaction in an intimate setting. Both musicians truly shine on the new recording, Faroe.

After he finished his music studies at the Royal Conservatory in The Hague in 2005, the Danish guitarist visited New York to play some sessions and take some lessons with a number of musicians. Ploug had written some tricky music for jazz quartet that was inspired by Turner’s Dharma Days recording, among others. After presenting the compositions to a number of his peers and heroes, Ploug was encouraged to approach Turner with the music with the goal of playing and, perhaps, recording with him.

Turner liked the pieces and was happy to join Ploug’s Group, along with bassist Jeppe Skovbakke and drummer Sean Carpio. The Group has toured regularly over the past decade all over Europe. Although Ploug continues to enjoy the energy that the quartet can provide, he felt that it was time to do something different. Something scaled down to allow for a more subtle interaction between Turner and himself. On a trip to the Faroe Islands, Ploug began writing and planning for a duo recording at his hotel.

Ploug intended to keep the core dynamic he had established with Turner, but highlight their melodic and chordal movement without the rhythm section’s percussive bombardment. This allows Turner to remain in a calm and heady role, rather than having to maintain volume and intensity. Having fallen for Turner’s dry tone and creative storytelling, Ploug wanted to establish a broad carpet of guitarsound to support the saxophonist but also allow himself to stretch further and broaden the guitars musical function.

Having just completed the solo acoustic guitar record Alleviation, Ploug very much had a sound in his head for a meeting of his vintage Gibson Banner acoustic guitar and Mark's saxophone sound (though he plays electric on half of the record), and he wrote a number of pieces while playing the guitar and singing what would become Turner’s parts. Each piece was written or adapted to Turner’s strengths and this becomes evident as the distinction between written and improvised music becomes blurred.

The recording begins with “Faroe,” a somber yet stirring piece that highlights the duo’s ability to balance the written material with improvisation. Built on a repeating recurring yet ever evolving pattern, “Neukölln” is an older piece that is reinvented by Turner’s melodic ideas and the harmonic metamorphosis these create against interweaving guitar. “The Red Album” is a melancholy piece that showcases some resonant acoustic guitar. Written only two days before the recording, “Highland” takes advantage of the missing bass as the harmonic movement gets blurred with the duo’s movement, creating a floating harmonic feel. Knowing that Turner regularly turns out intriguing performances on first readings, Ploug presented “Warmth” on the day of the recording, which provides an example of Turner’s imagination as he responded to the guitarist’s deft playing.

“Sailing” provides a more traditional example of improvisation between two players with call and response, while the stirring “Ambiguity” is another piece that Turner had never seen but interpreted with a freshness that only few can provide. Not a typical Ploug-esque composition, “Como” is a refreshing attempt at writing in the Jobim or Joao Gilberto fashion. The poignant “Wagner” utilizes a ceremonious cadence that the legendary composer was famous for. The invigorating “Steps” is a breakneck étude developing themes based on sixths and a sonic break up of the program.

The lovely “Celeste” is written with an alternative use of the octatonic scale and modes developed by comoposer Olivier Messiaen, creating a particularly enticing sound for the two musicians. Ploug originally wrote “Safari” for solo guitar; the piece uses open, ringing guitar chords, and has a middle section inspired by African guitar styles. The recording concludes with “Sea Minor,” a jazz waltz that is at once familiar but beguiling.

Having established a gratifying collaboration, Mikkel Ploug decided to experiment with a new approach to music making with Mark Turner. Faroe is the enticing culmination of a focused study of musical style, creating interactive duo music that speaks across musical bar lines and into the pair’s collective consciousness.

Bandcamp Daily  your guide to the world of Bandcamp

Featuring Gary Bartz, 5 years of Rhythm Section Intl and an LP of the week by Nicolas Jaar